A Sunshine State of Mind

by The Soul of John Black 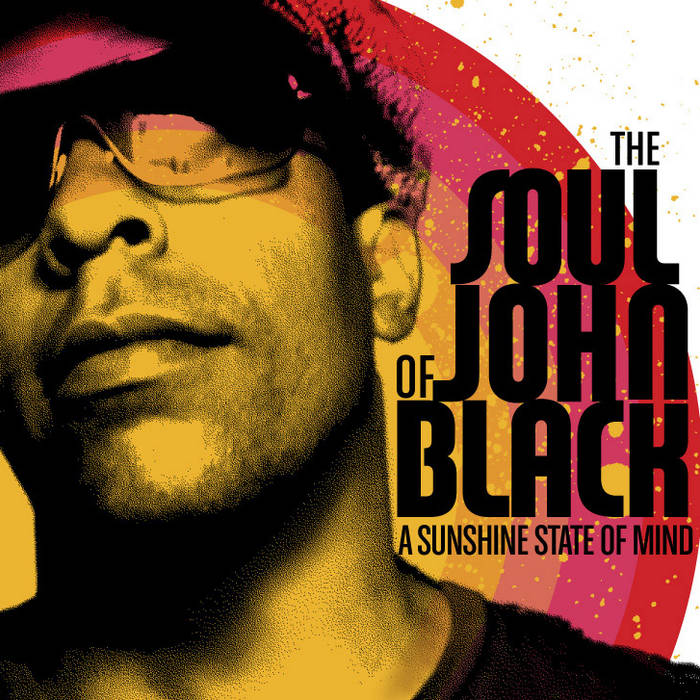 J'ann Korte Stumbled across Yellow Dog's 10 year anniv of their 1st release "pay-as-you-will sale." Clicked the liquid-blue link and gladly dove deep into the musical depths. My vibe reel came up with this, and suddenly mid-winter Michigan didn't seem so cold. Gotta groovy glow, made it mine.

John A. Bigham's innovative soul-roots outfit The Soul of John Black presents A Sunshine State of Mind, a compilation of upbeat tunes that embody the "essence of summer".

The inspiration for A Sunshine State of Mind came to JB during the winter in his home town of Los Angeles. "Although the sun shines all the time here, the mood brightens even more once the summer months arrive," he explained. "I wanted to write songs that would keep that attitude going year-round." Each of the tracks in the album has a lighthearted feeling, complimenting the upbeat theme of the overall collection.

From "Higher Power", a soulful anthem with an uplifting message of community and interrelatedness, to the driving groove of "East LA Lady", Bigham displays the unique stylistic fusion that has won praise from Rolling Stone, The Washington Post, The Wall Street Journal, The New Yorker, National Public Radio, and others.

"Lemonade" combines California sunshine with blues, funk and a second line beat that comes right out of New Orleans, while "Johnny Bear (Give It To Me)" is an uptempo blues romp that JB conceived as a modern-day tribute to the suggestive lyrics of classic bluesmen. "They couldn’t come out and say it, but you knew what they were talking about," he explains.

"Too Much Tequila" is an easygoing jam that could be considered a Jimmy Buffett-style "Margaritaville" for the new millennium, and "Lenny Love Cha Cha" is a remember-when tribute to classic Lenny Kravitz grooves that also nods to the golden days at the start of a new relationship.

On the album closer "Summertime Thang," JB follows his heart and embraces the soul portion of The Soul of John Black. He credits his family’s appreciation of soul music for his depth of feeling in bringing out his soulful voice. "I've been listening to more soul recently," Bigham said. "I never chose the songs. They chose me."

BeScene praised the songs as "cuts tailor-made for these popsicle-melting months" while Blinded By Sound enthusiastically admitted that "I can't get these songs out of my head and don't really want to."

Originally from Chicago, JB draws from the soul-filled South Side’s strong blues background and from the melting pot of styles that make up the Los Angeles scene, which he has been part of since the 1980’s. His musical resume is equal parts impressive and diverse, including work with Miles Davis, Dr. Dré, Nikka Costa, and Eminem, as well as an eight-year tenure playing guitar and keyboards in pioneering ska-funk-punk band Fishbone.

JB says: Thanks to everyone who participated in this project. Special thanks to the most high for bringing the sunshine…

Bandcamp Daily  your guide to the world of Bandcamp